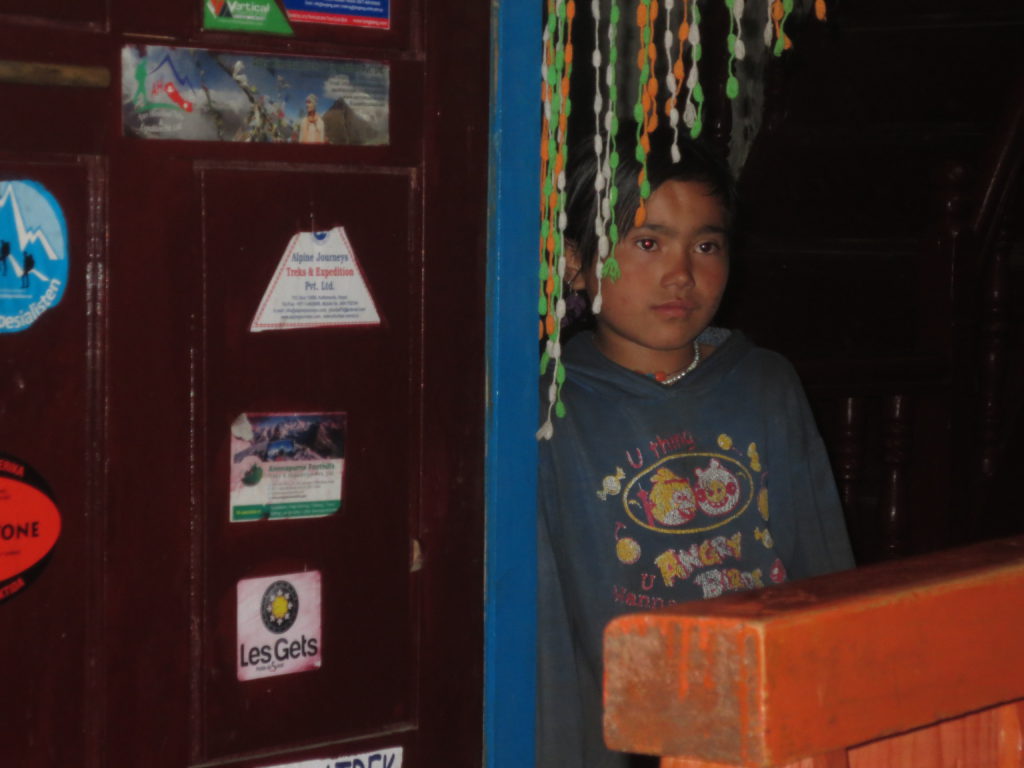 About a year and a half ago, the Chengdoma Association was informed that a young girl was working in a hotel in Samar (Upper Mustang). Last summer, Paul, chairman of the association, went to Samar in order to assess the situation of this girl. He met her teacher in the Samar primary school and was shown her attendance record, from which it was evident that the girl, named Tasi, was seldom in attendance. The teacher was very sorry about that situation, for he had noticed that Tasi was gifted and could improve were she to attend regularly. The reason for her spotty attendance was that she worked for the hotel owners, doing daily chores for them. The hotel owners told Paul that Tasi’s mother, being unable to care for her daughter, age two at the time,-had formally given her up to them. When asked about her poor school attendance, the owners stated that the girl wasn’t fond of school and was badly influenced by other girls of the village. Which was, of course, blatantly untrue. Back in Pokhara, Paul asked the Chengdoma Nepalese branch chairman to do his utmost, using all legal means, to free Tasi. He set about it in earnest. On his request, local authorities launched an investigation and became convinced that Tasi was being exploited, but they were reluctant to rescue her, the reason being that she had no known family who could be legally responsible for her. Of course the hotel owner refused to provide any information about Tasi’s mother. Another Chengdoma member, who is used to trekking in Mustang, met with a social organization in Jomsom, which in turn put pressure on the hotel owner to get information about Tasi’s mother, going so far as to threaten legal action. Eventually he agreed to reveal the phone number of Tasi’s aunt, who then willingly gave the mother’s. This lady, living in South Nepal near the Indian border, said that, unable to care for her, she had entrusted Tasi (whose real name is Santoshi) to the hotel owner when the child was five. In exchange the owner promised that she would receive an education. The man was lying and he knew it. Santoshi’s mother completely agrees that her daughter should go to Pokhara in order to be given a real, good education, thanks to the Chengdoma Association. Soon the mother will travel to Samar with the Chengdoma Nepalese branch chairman and will be reunited with her daughter from whom she has been separated for eight years. 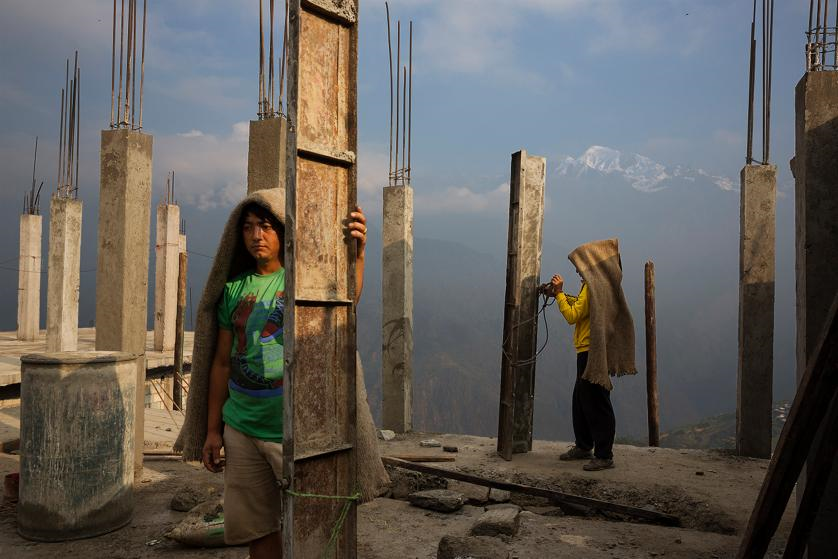 Summary: One year after the earthquake that hit Nepal, very little has been done to rebuild the places most severely damaged, due to inaccurate political priorities.