Child slavery—how to end it and provide education 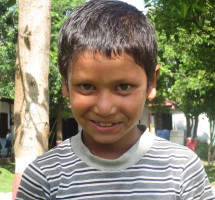 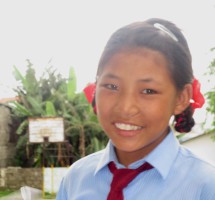 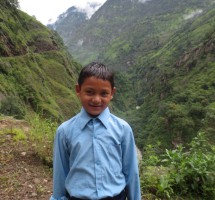 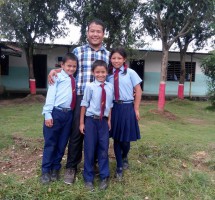 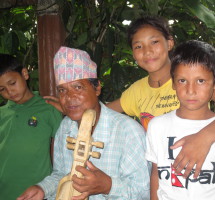 Nepal is among the poorest countries in the world. In 2014 its per capita GNP was $707 (€512), sixty times less than that of France. Ranked 151 among world countries in terms of GNP, this puts it somewhere between Haiti and Afghanistan.
Nevertheless Nepal is a choice destination for trekkers who come from all over the world to trek through the Himalayan foothills and marvel at the breathtaking beauty of the landscapes. One must also mention the seasoned mountain climbers who wish to add to their prize list some of the world’s 8 highest peaks that are found within the Nepalese borders, among which is majestic Mount Everest.

This influx of foreigners is of course a windfall for the Nepalese who profit from it especially in remote regions where they propose accommodations often lacking in comfort, but appreciated nonetheless because the trekkers are spared bringing along tents and supplies. So far, everything is as it should be.

What is not, however, as it should be, is the fact that many owners of these lodges or restaurants use child labor that is taken advantage of under conditions bordering on slavery, whereas child labor has been outlawed in Nepal for almost 40 years.
How many trekkers have seen these young children serve them meals or go about house chores in the lodge? This was the case for me on my first trek in Mustang. The Red House Lodge en Kagbeni enjoys a fine reputation in this region, among other things because of a large statue of Buddha that sits in a private temple inside the  hotel itself; moreover, the hotel offers above average comfort. A little girl looking barely 8 years of age was doing housework.

First I thought she was part of the home, but soon I was to learn that Chengdoma – that was her name – had been “sold” to the lodge owner for the equivalent of $13  (€10) by her mother, who was ill and too poor to meet her needs. In return the owner had pledged to provide her with food in exchange for the chores she would do. It was also agreed that he would give her a small allowance, but I found out that she had never got even a roupie.

Chengdoma had hardly been to school in her far off village of Mustang. In Kagbeni she didn’t go at all. I undertook to get her out of this state of enslavement and into
school so that she could build herself a future; naturally I obtained the consent of her mother for this project. Henceforth she is boarding student in a school in Pokhara, the nearest city, and she is rapidly catching up. She hopes to be a teacher one day herself.

My wife, Dominique, and I have decided to assume entire responsibility and cover all her needs. But we were aware that we could not do as much for so many other children living in the same miserable conditions as she. That is the reason why we have founded an association and named it Chengdoma, Solidarity with Nepal The first contributions have allowed us to rescue a second child, Aashish, from an identical situation. In July 2014 Ajay was the third child to be rescued.

To help more children, we need you!